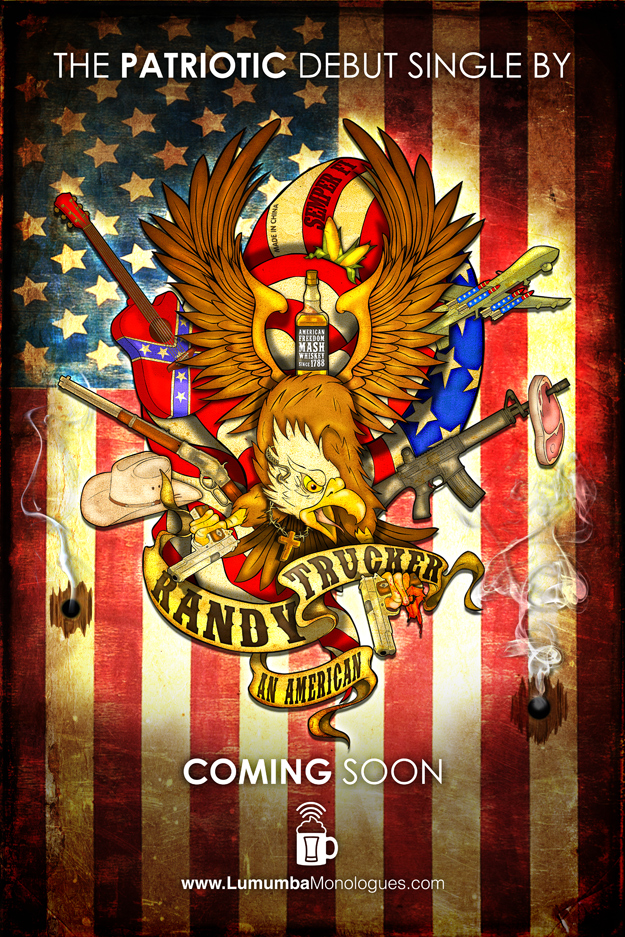 We are proud to announce the stunningly patriotic debut single from LumumbaMonologues first officially signed artist:

Written & recorded at the LumumbaMonologues HQ this debut single unapologetically sticks two fingers up at woolly progressive thinking and shoots two barrels of true pride, patriotism and American rights straight into our faces. (or more accurately, our ears.)

We won’t give away the theme or title yet but this single has already made big waves in the press preview:

“RANDY TRUCKER like his debut single is the all American Quarter Pounder with cheese. The meat being processed, saturated, high cholesterol patriotism and the cheese being cheese.” – Frosty Shakalton’s Music Review

Be ready to have your prejudices transformed to pride…